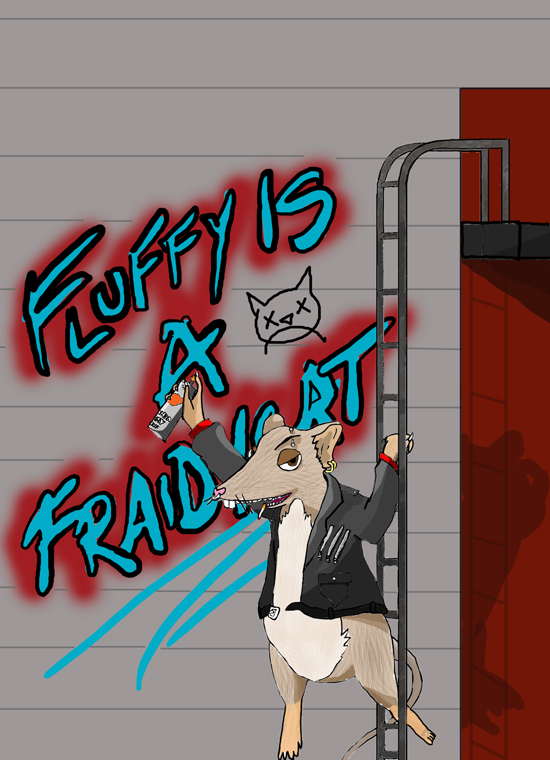 The biggest, scariest thing you’ll ever see run across the kitchen floor! These vile rodents are distinguished by their size, generally having bodies 7-10 inches in length (not including tail) and weighing up to a full pound. Aside from leaving their urine and droppings all over your home, it is estimated that Rodents cause about 20-25% of all undetermined house fires from chewing on electrical wiring. They can also cause damage to a home’s plumbing system. The Center for Disease Control also lists nearly a dozen diseases directly linked to rats. They share many of the same traits as mice but are in fact, a beast of their own displaying unique characteristics and behavioral patterns. Unlike mice, they burrow much deeper into the ground and will travel far distances from their nest to find sufficient food and water. While still curious, they are also instinctively weary of new things in the surroundings.

So how do I know if I have Rats? There are a number of different signs that tip you off to this home invader such as; droppings, foot prints, gnawing/chewing damage, burrow holes/tunnels, sounds, odors and the obvious sighting. They are very common in urban areas and often build large populations in cities near water, often in sewers.

How did I get them in the first place? The three necessities for people to survive: warmth, food and water are readily available in your home for these rodents. While they would rather not live with you when faced with starving, dehydration or just plain freezing to death, rats will move in. rats have physical capabilities that enable them to gain entry to structures by gnawing, climbing, jumping and even swimming! Most (Norway) rats prefer to take the low road, entering the home through the lower portion of the home or even from under it. They can squeeze their way into any crack or crevice roughly the size of a quarter and have even been known to chew through PVC piping!

How can I get rid of these unwanted house guests? Because the average rat colony can at times number in the dozens, contacting Budget Pest Control Inc. regarding our rat control is a smart first step. Our fully trained, experienced technicians along with our state-of-the-art trucks, equipment and materials will put these night time trespassers to bed once and for all. And better yet, our rat control treatments are designed to take care of the entire nest so you can rest easy at bedtime. Suggestions and tips provided by our technicians that will minimize the potential for future problems are always part of the service.

Contact Us today to speak with one of our friendly, knowledgeable staff members who will discuss your particular infestation, go over our rat control treatment options as well as provide you with a quote in a jiffy and offer speedy service to your property seven days a week!

Norway rats, which are most common in our neck of the woods, are large rodents, usually ranging from 7-10 inches in size from head to tip of tail. They’re shaded in a variety of brown and grey colors, and will have a naked tail that is about the length of their body.

MYTH: Rats are able to collapse their bone structures to enter a home.
FACT: While it is true that mice have a collapsible skeleton, rats do not. Often times when dealing with rat damage, there will be significant damage caused to an area they’ve entered a structure from.

MYTH: Rats only eat things like seeds, nuts, fruits, grains and other cereal items.
FACT: Rats are omnivores. They will eat pretty much anything if their lives depend on it. In some places (not the U.S.), rats will actually kill and eat birds and ducks. 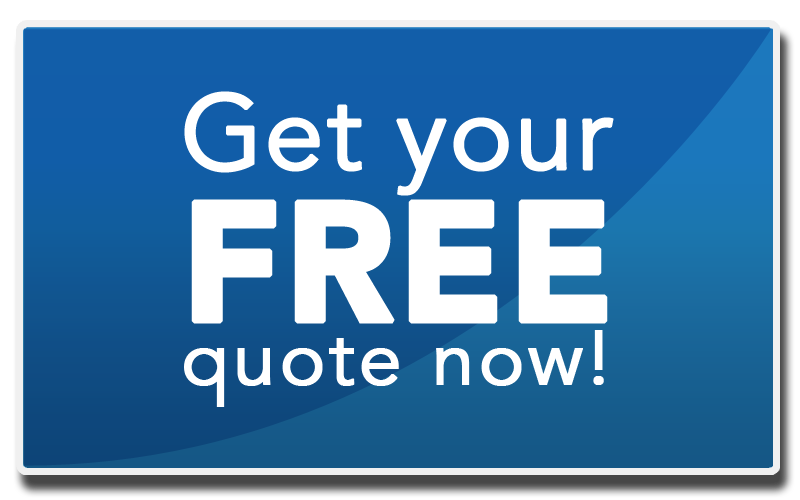 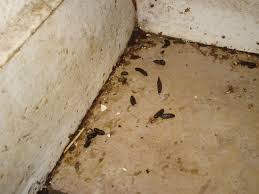 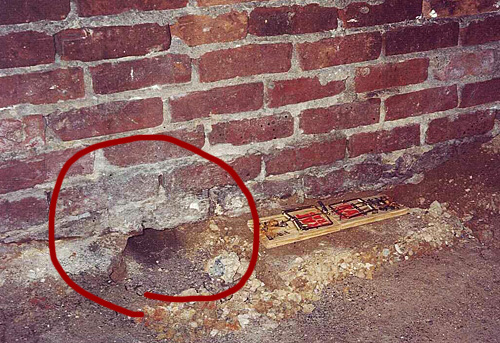 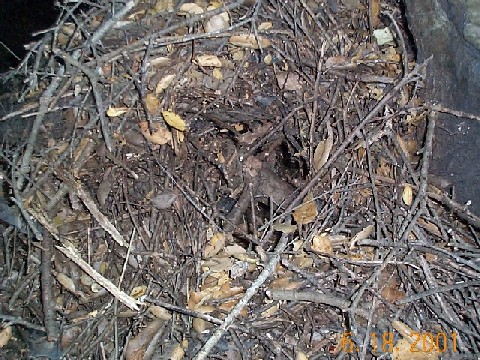 Rat nest on exterior of home 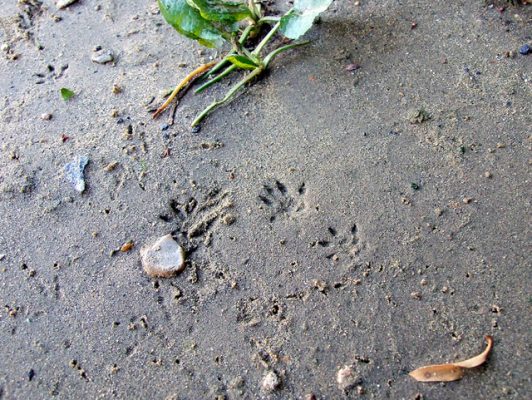 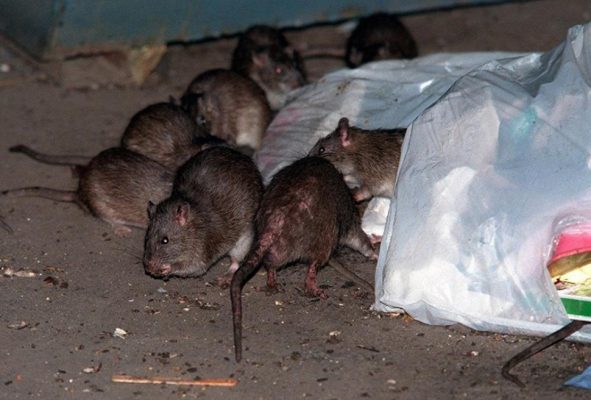 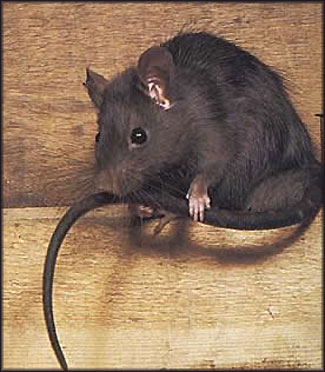 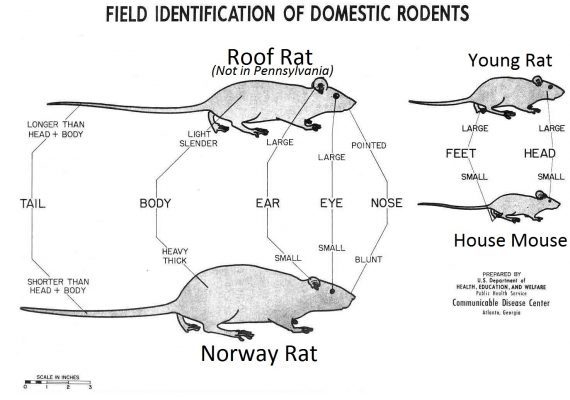 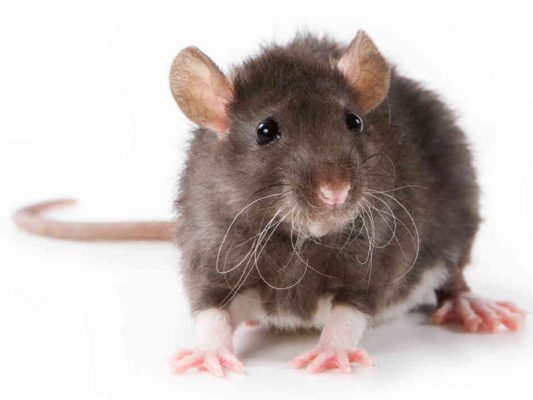 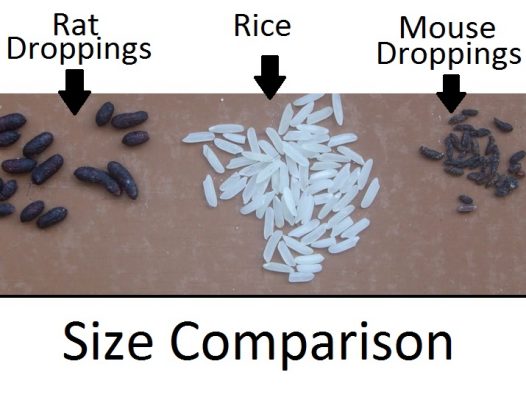 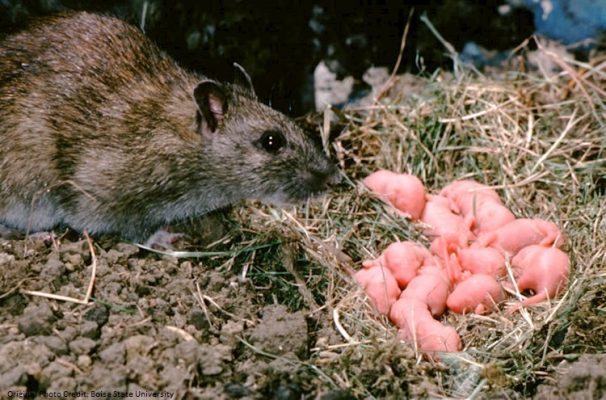