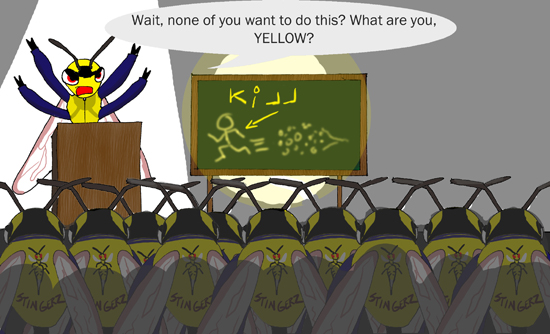 So well dressed, so dangerous. This insect, out of the few in our region that are considered dangerous, has the right to be feared. Like an overly sensitive person with an anger issues, the yellowjacket is an incredibly defensive insect that will lash out on any unsuspecting victim who they perceive a threat. The fact of the matter is that yellowjackets and their unrelenting nature pose a serious threat to the unsuspecting homeowner, whether you’re allergic to them or not. In our region of the state, there are a couple of species of these insects that are native: the German and Eastern Yellowjacket.

Why do I have them? Like many of the other types of insects we deal with, yellow jackets adapt well in our cold, harsh Pennsylvania winters. They tuck themselves away in voids, in both structures and the ground, until late spring & early summer, emerging to begin their nest-building activities once again. The German yellowjacket has been known to reuse previously built nests. The Eastern yellowjacket, much to the chagrin of landscapers, is infamous for being a ground-nesting insect, meaning that they love to ravage an unsuspecting lawnmower operator for disturbing their nest.

What can I do to help the situation? The safest and smartest thing to do is to let the professionals handle your Bee Control situation once it arises. If you notice yellowjackets entering a structure and think it’s safe to seal it up and trap them, think again. Yellowjackets will chew through thin materials like drywall and plastics, only to erupt from their man-made prison, mad as hell, not willing to take that anymore. Keep a close eye on the situation, call us, and once the technician arrives, give an accurate description of where they are answer some quick questions and let us do the rest.

Is the treatment safe? Our bee control treatment is safe for humans and pets, although with any stinging insect treatment, we recommend evacuation of the immediate area for a short time to avoid any possible contact with these insects.

I’d really rather not have them, so how do I get rid of these things? You guessed it. Call us at Budget Pest Control, Inc. to handle those dangerous nests! While similar to other stinging insects, yellowjackets are far and away one of the most dangerous insects to try home remedies on, due to the depth and complexity of their structures and their incredibly aggressive nature. In fact, Professional Bee Suits are a must for all close contact Bee Control treatments. We employ an a variety of products designed take out the high ranking diplomats of the nest, while we leave our residual insecticide treatment to take out the stragglers that return to the nest later.

Call Budget Pest Control 24/7 After a chat with one of our friendly, informative office personnel, you’ll get a bee control estimate and if you wish, we can have one of our experienced, certified technicians sent out 7 days a week…and please remember…do not let Uncle Frank or your neighbor Jeff handle these bad boys. The results may be disastrous.

Yellow Jackets are stinging insects that are about ½ inches long with alternating black and yellow stripes. The insect’s stinger is located at the back end and can deliver a painful and sometimes fatal sting to humans and animals.

Myth: When a Yellow Jacket Stings you, it loses its stinger and dies.
Fact: Yellow Jackets can sting people multiple times and not lose their stinger or die.

The sight of insects or a nest is a certain indication that you have a yellow jacket problem. 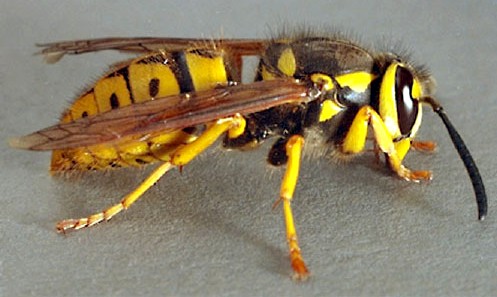 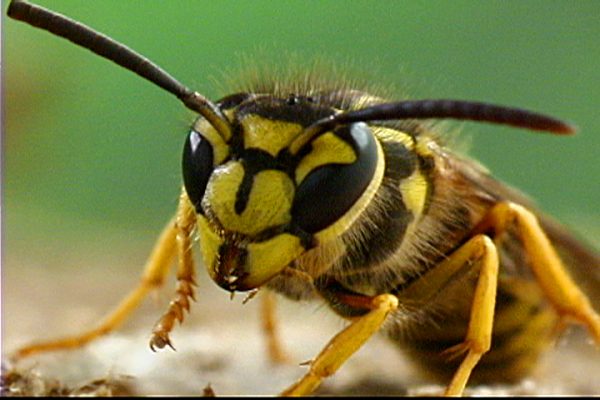 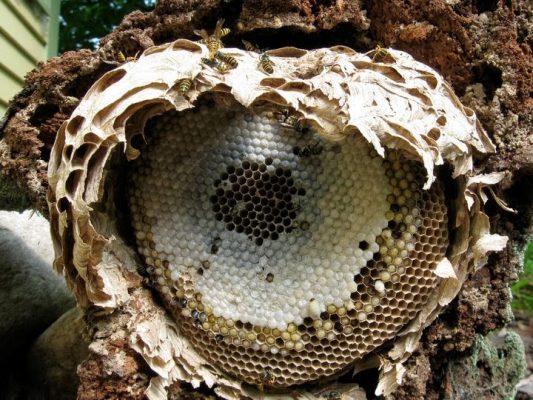 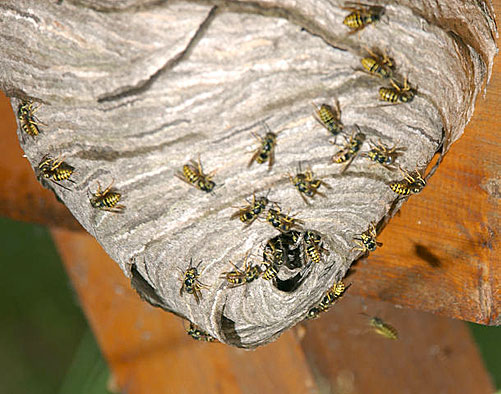 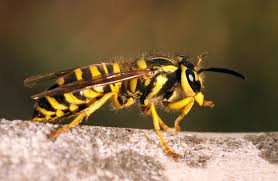 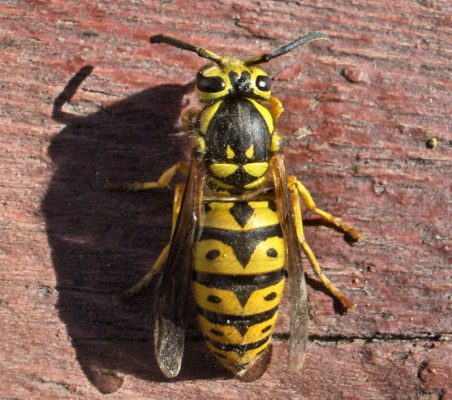 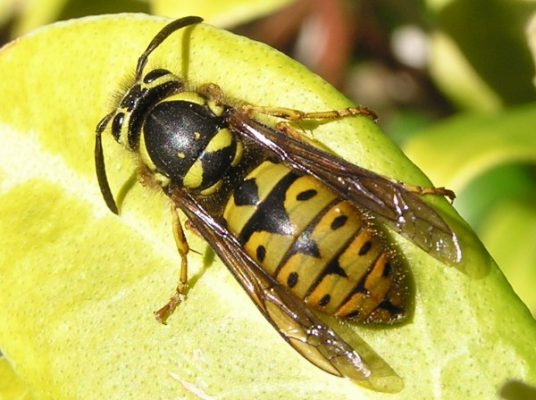 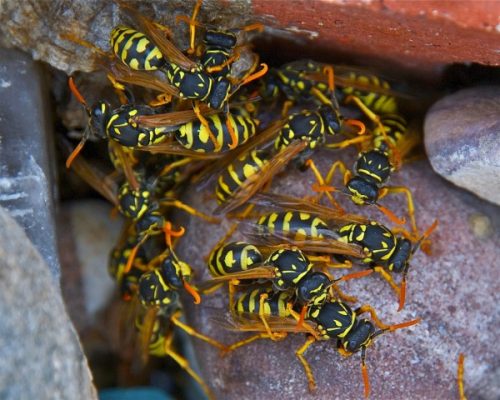 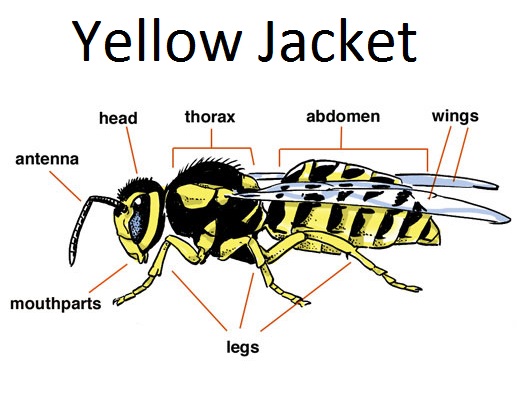 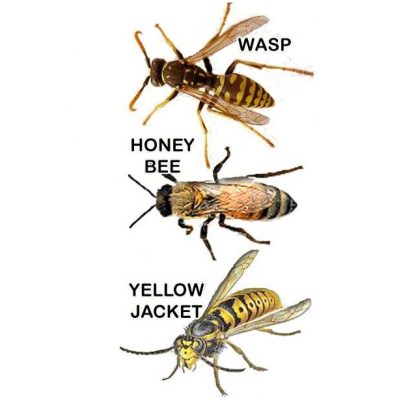