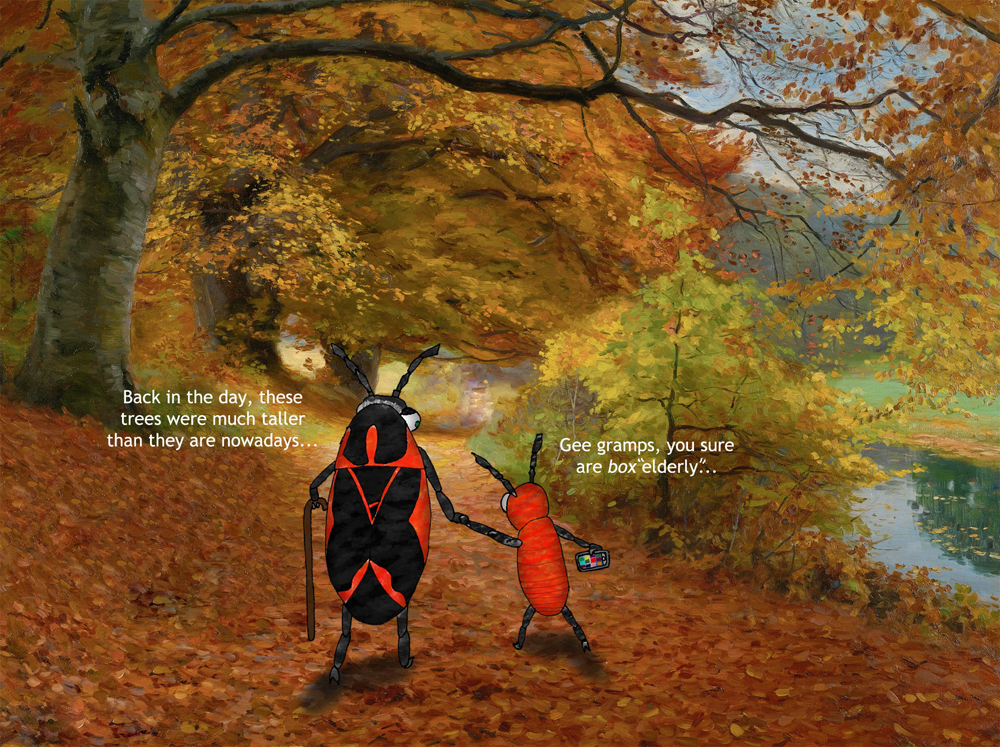 Where the heck are these things coming from!? Do you have maple, ash or boxelder trees on your property? How about your neighbors? The boxelder bug, while less common than some pests in our area, will occasionally invade homes in great numbers and generally freak folks out because it looks unlike many of our normal pests (it also looks imposing due to its size). The feature that sticks out when you’re dealing with boxelder bugs is that they’re decorated like Halloween shields, sporting a mix orange and black colors over their flat, oblong wings.

Why do I have them? Boxelders will take up residence in or around your home for a couple of reasons: you have the trees (or your neighbor does) that they find the most appealing and you’ve got a nicely insulated house. To their namesake, Boxelders are attracted to boxelder trees, and if it’s an unfavorable season for those, they’ll also go after ash and maple trees. The females go out in spring, lay their eggs in the cracks of the bark on these trees and then the young feed on the new foliage. As the warmer months dwindle, much like stinkbugs and ladybeetles, boxelder bugs will over-winter in houses once fall starts to hit due to their dislike of harsh cold.

So you didn’t happen to mention why I need to get rid of these things, what’s the deal? Ah, thank you for pointing that out. Boxelder bugs are big fans of mutilating and even killing your plant life. As we mentioned before, they lay their eggs in the cracks of tree bark. After those eggs hatch, their larva will eat away at softer tree material, leaves, flowers, shrubs, you name it. This will at first cause discoloration, but if the activity continues for longer periods of time, they can cause some serious damage to your landscape. We offer treatments on prized trees and garden life; so if you suspect that boxelders are living in your yard, give us a call.

Call Budget Pest Control 24/7 After a chat with one of our friendly informative office personnel, you will have an estimate and all the information you need to decide whether you wish to have one of our certified technicians out to your home. And they service 7 days a week (just not the same one).

Boxelder bugs are about 1/2 of an inch long. They are characterized by their orange or red and black coloration. These bugs typically aren’t noticed during the spring and summer but become pests during the fall when they seek out warm places to use as their overwintering sights. 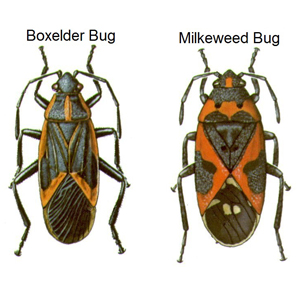 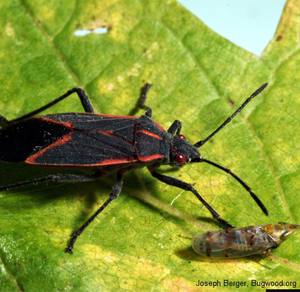 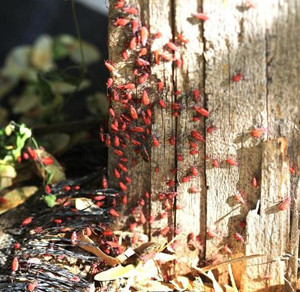 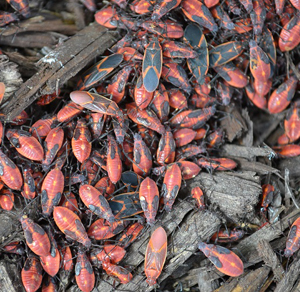 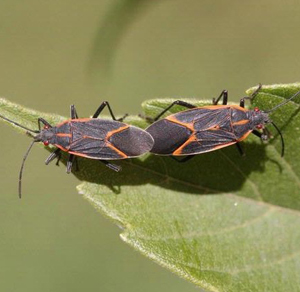 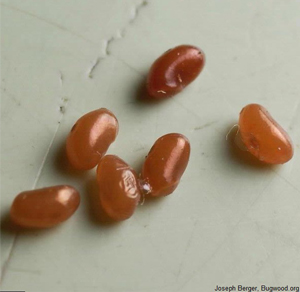 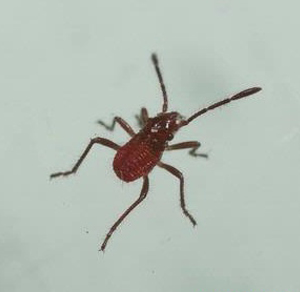 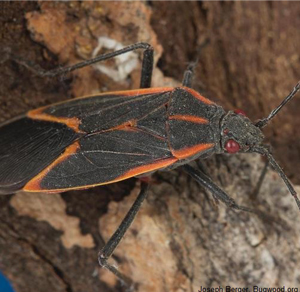 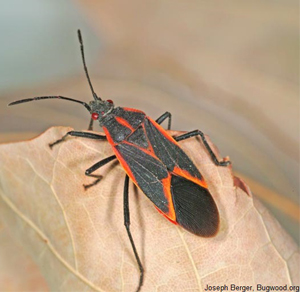 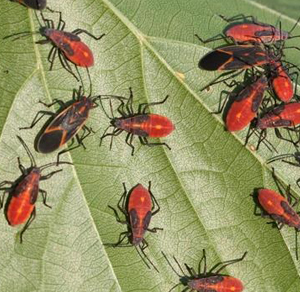